There are really three of us in this duet: Hamish, Martine and Kurt Schwitters, the German artist who worked in several media, including painting, sculpture, poetry, sound and graphic design. Born in 1887 and working largely after the First World War, Schwitters invented his own branch of Dadaism called ‘Merz’ that aimed to remove the boundaries between different arts.

“I pasted words and sentences together into poems in such a way that their rhythmic composition created a kind of drawing. The other way around, I pasted together pictures and drawings containing sentences that demand to be read.” — Kurt Schwitters 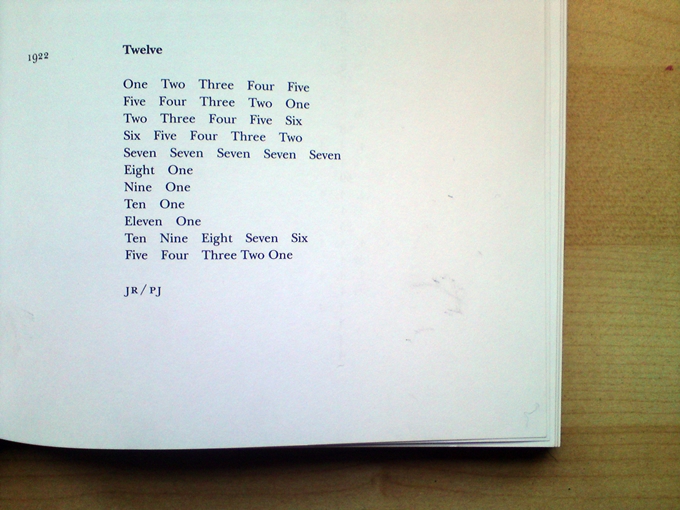 When Martine introduced his number poetry to Hamish they were both so excited by its relevance to their work on Meeting Place. Above is a photograph of the poem Twelve and below you can watch Martine reading it.

One interesting aspect is his use of numbers both for the way they sound (for example the pulse formed by repeating ‘one’ at the end of lines 6-10) and their numerical value (for example the ascending and descending sequences in the opening four lines). This double meaning was clearly analogous with how we were using vocals (although not particularly numbers) at the time – both for their physical properties and for their meanings, or hints at meanings, in the form of words. Schwitters’s use of such a simple set of signs still contained the ability to surprise and hold meaning, something we look for in our own work.

We were also intrigued by Schwitter’s sound poems where phonemes are separated and recombined so they are no longer words. Vocalisations we brought into Meeting Place piece were indirectly influenced by these poems as we strove to find ways to communicate though sounds and movement in ways that weren’t literal or ‘of this world’. The below sound file is taken from a recent studio improvisation:

Finally, Schwitters also produced visual poetry which were not designed (or possible) to be read, using geometric shapes as well as words for their visual appeal (AO Visual Poem pictured below). 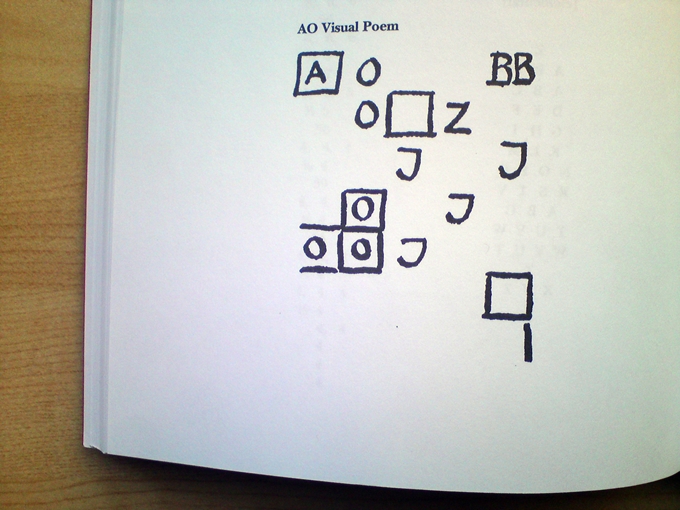 These were an inspiration as we experimented with costume as seen in the photograph below of Hamish and Martine: 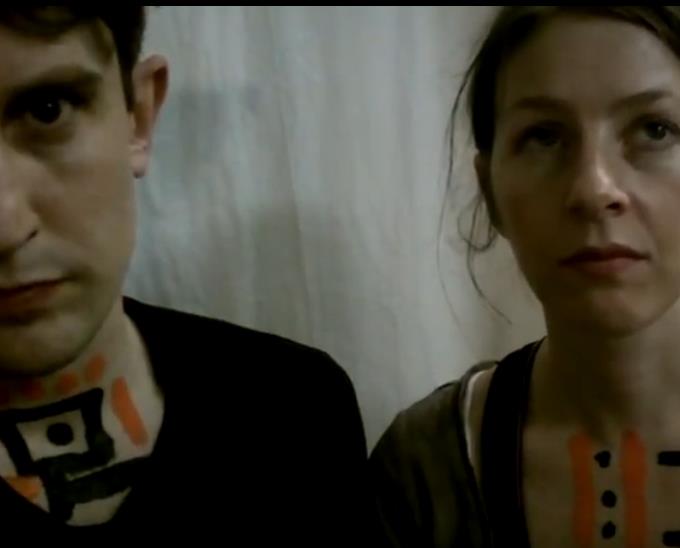 Hamish and Martine will be premiering ‘Meeting Place’ on 10 January 2012 at The Place, London as part of Resolution!, a season of dance works by emerging choreographers. You can buy tickets online, Over the phone (020 7121 1100) or in person at The Place: Robin Howard Theatre box office, 17 Duke’s Road, London WC1H 9PY.